Period panties are all the rage these days. More and more companies offer period panties, and they all offer different designs and colors – some even provide period swimsuits! So, you may be wondering, if these panties are so great, what do they feel like when you slip them on – are they bulky, like a diaper, or do they feel like regular underwear?

Most period panty companies describe their product as dry and comfortable, but you need to look at people who have really tried the product to see what they say.

Safiya Nygaard, a YouTube vlogger with 8.76 million subscribers, tried on the hip hugger from Thinx, which is supposed to hold 2 tampons worth of fluid said that they feel really soft and they do feel a little bit like swimwear.

She carried on saying that you can definitely tell there is a lining around the crotch area and that it feels a little more secure than she thought it might.

She said that on the outside they feel a lot like a swimsuit bottom, but that they’re pretty comfortable on the inside. She expressed that they do feel mostly like normal underwear and that they fit a little tight around the leg openings, which is perfectly normal, in order to contain everything.

She loved the mesh waistband on top and described it as super comfortable. After sleeping with them and waking up, she explained that she felt “pretty dry, but not 100% desert dry.”

When trying on the thong, she said it was extremely comfortable, and that the front feels slippery like a swimsuit, it feels almost like a normal thong.

Of the sport design she commented that it felt a bit bulkier than the hip hugger. Of the thong she said it felt really great on, especially for the very last days of her period.

She commented that the hottest and sweatiest she felt with her period panties was under jeans.

Overall, she commented that it wasn’t 100% dry but at the same time it definitely wasn’t a wet feeling.

What Do Thinx Period Panties Feel Like When Working Out 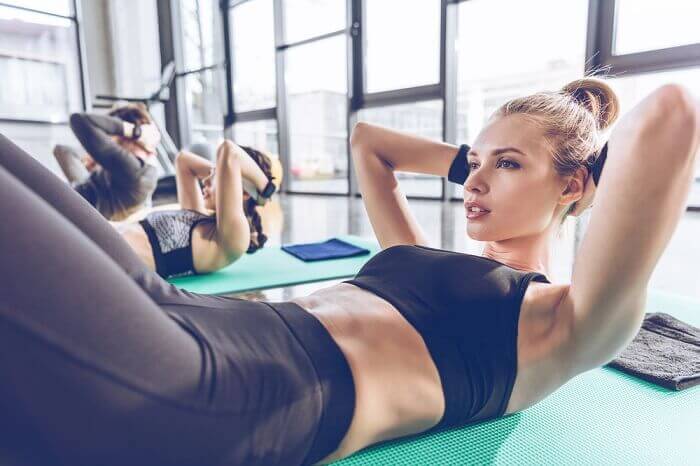 When doing yoga, Safiya commented that she wore the thong and that they were comfortable under her yoga pants, and that she didn’t feel she had a “wedgie” or that it was too gathered up. She felt that they were really breathable.

Miranda Mendelson is a blogger and vlogger for her site Slashedbeauty.com and has 44,000 subscribers on YouTube. She tried out Lilova period panties, which holds 2 tampons worth of menstrual fluid, and this is what she had to say about the way they feel:

When holding up the Lilova panties Miranda explained that there is a 4-layer technology happening in the crotch, but even though so much is going on it doesn’t feel padded or like bulky underwear at all, or like you’re wearing a diaper.

She explained that its thicker than your average pair of underwear, but is not obvious under tight pants.

She described the four layers inside the panties, which are: a moisture-wicking layer, so that it feels dry close to your skin, an anti-microbial layer to fight odors and bacteria, as well as an absorbent layer to hold everything in, and a leak-resistant outer layer.

She said they feel a little bit like bathing suit bottoms, but the inside is soft like normal underwear.

Miranda described the first time that she put on period panties, she was surprised at how comfortable they were. She said it completely felt like normal underwear – and she wore this under tight jeggings.

She said that after wearing them for the first time after 5 hours, there were no leaks, but she did feel damp and not dry anymore, that it was not soaking, but she could feel moisture being held against her body.

She did describe that it’s a bit inconvenient having to rinse her panties as soon as she took it off, as she is really used to her menstrual cup, which only needs to be rinsed quickly around twice a day, and slipped back inside. She said she felt like she was working around her period, due to the period panties.

After taking off her panties to wash, she explained that there was no leakage or moisture coming through the bottom of the panties.

Miranda went on to say at the end of the night that she had to change to her cup because she didn’t have enough pairs of period panties. In other words, if period panties are all you use during your cycle, then you’re going to have to buy a drawerful.

On completing her review, Miranda said that they definitely worked as there were no leaks, but after a few hours, she could definitely feel some moisture in her privates. She said, though, that they were very comfortable.

Of the Thong design, she said it really gave her peace of mind, as she wore it on days when she wasn’t so heavy and could just wear it with leggings, and explained, it is obviously a thicker thong than normal to catch all the fluid.

What Do Lilova Period Panties Feel Like When Working Out? 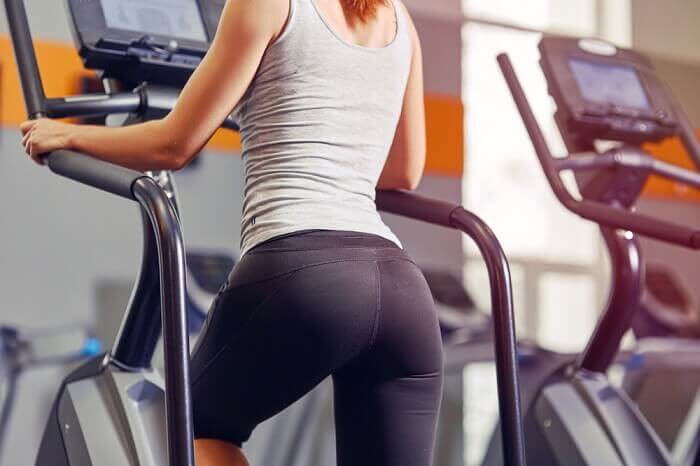 When putting on the “Fresh Pair”, which are designed like briefs, Miranda headed out to the gym. She described the fact that she did a hard work out and the period panties worked well. During working out they kept everything in place, and absorbed.

Are There Any Disadvantages to Period Panties?

The main disadvantage is that they can be very pricey when compared to a menstrual cup, which you only need one of. You need at least 6 or 7 pairs of menstrual panties, otherwise you are going to constantly be washing them.
You HAVE TO BE disciplined and wash your panties when returning home or they are going to start smelling rancid.

What Are The Best Ways To Use Period Panties?

1) Period panties are great to wear at night time, while going to sleep.
2) They are also fantastic to use as back-up when wearing a menstrual cup.
3) You can wear them every day of your period, but you will need at least 7 pairs.

What Are The Best Ways To Wash Period Panties?

Washing is easy! You need to rinse them first and wring them out in the sink, with cool water, put them in the hamper or wash them straight away, and then hang them to dry (never put them in your dryer).

Leah Goldberg
Leah Goldberg is an avid reader and writer, obsessed with finding alternatives to tampons and sanitary pads, that are more environmentally friendly and friendlier to the pocket! She is determined to help bring information to the female public about feminine hygiene products that simplify women's monthly cycles.