Flex (Instead Softcup) ® Menstrual Cup Review Do They Measure Up? The disposable version cannot be reused at all and is just disposed of after a single use. It is very different than most other menstrual cups that we have previously reviewed in many ways including:

Benefits and Features of the Softcup The Softcup, menstrual cup includes many enticing features that make it beneficial for a woman’s personal care needs. The Softcup is a very soft cup that is inserted inside of a woman’s vaginal canal to catch menstrual fluid during the time of menstruation.

The Softcup Pros and Cons:

To get a very accurate idea of what consumers think are the pros and cons of the Evofem Softcup, we perused thousands of genuine customer reviews to provide you the most honest facts that you need to know before you buy a Softcup.

Most consumers have given the Softcup an average rating of 4 for their overall experience with the specific menstrual cup product.

More consumers claim that they like the Softcup far better than pads or tampons overall- and repeatedly make comments such as this one:

“NO chafing, no odor, no mess, provides better leakage protection for longer periods of time, and is money sparing. I will never use tampons or pads again thanks to the Softcup” (Amazon.com)

The Softcup also has gained the confidence of many women for being one of the safest medical devices (feminine hygiene options) of all because it does not contain any irritants, toxic materials, lates, silicone, BPA’s, and is manufactured in a facility that is FDA approved.

It was noted in many reviews that some women forget that they are wearing a Softcup, because it feels so natural and you do not even notice it is there.

“The hardest part about using the Softcup is remembering that I’m even using it.” (Amazon.com)

Women that have previously used Softcup state that they feel very free to live their life without being dragged down by their time of month.

“The freedom I feel from this wonderful product is immeasurable. I can exercise, do yard work, mow the lawn, and not worry that I’m on my period!” (Amazon.com)

As with any product on the market, some consumers were disappointed in what the Softcup had to offer them.

Some women complain of the Softcup being too awkward, large, and difficult to fit in them. This could be because they have shorter vaginas or because perhaps the Softcup is not being inserted properly as instructed by the directions.

“Awkward. I thought they would be more like the silicone ones that can be re-used… They are SUPER wide and I had troubles even getting it in?! Might work for some, but ???” (Amazon.com)

There were many reviews on the Softcup that emphasized that it did not work to provide complete leakage protection for them.

“Not sure what I did wrong, but I couldn’t get it to work for me. I read the “instructions” which are hardly instructions several times, but it didn’t work. It leaked a lot. My friend loves them, though, so maybe it’s either body shape, or the instructions are not clear enough. Either way, in the trash.” (Amazon.com)

Reviews from users on the web:

Can I have SEX while wearing a softcup during my period?

Yes. Softcup is the only menstrual cup manufactured today that can be worn while partaking in sexual intercourse. It also blocks menstrual fluid so there will be no mess to content with in the aftermath of your sexual encounter.

Is the material that Softcup made from essentially safe?

Softcup is made from materials that are used in important products such as baby bottle nipples and catheters used in health monitored facilities everywhere.

Is Softcup easy to remove in comparison to other menstrual cup brands like Divacup and Gladrags?

According to reviews posted on the net regarding Softcup’s ease of use. Many consumers claim that it is very simple to use. Removal may take getting used to, but you should have no worries of it getting lost or stuck.

How long does a Reusable Softcup last?

A reusable softcup will last you the full-span of a single menstrual period- then it should be tossed out.

How long does a disposable Softcup last?

The disposable Softcup has to be disposed of every time it is finished within a single use. It is like a tampon or pad- you dispose of it regularly.

About Instead Softcup Company Evofem Inc. (Formerly Instead Inc.) produces a vast number of products well-suited for the better health of women which service a woman’s sexual, personal, reproductive, and feminine hygiene needs. They are the manufacturer of one of the leading menstrual cups on the market – The Softcup.

The Softcup is an FDA monitored and approved menstrual cup and is the only menstrual cup available on the market that is made especially from a non-silicone, non-toxic, hypoallergenic, non-irritant, latex-free material of the highest quality- which is continually used on the most modern baby bottle nipples and catheters. Since their introduction and debut in the feminine hygiene product market nearly 15 years ago, more than 200 million Softcups have been sold.

Conclusion: The Softcup Does Measure Up

For the most part, the Softcup has made a big presence in the world of menstrual care solutions by supplying women everywhere with an inexpensive and safe menstrual cup product that delivers a plausible alternative to tampons, sanitary napkins, and silicone based menstrual cups. The Softcup is not only ideal for a female consumer with allergies and sensitivities to certain materials, but also for someone who wants to be less burdened by their monthly, wants more freedom from bathroom trips, and that has the patience to learn how to use it properly. Additionally the Softcup is a gem of a menstrual cup that also boasts the advantage of being able to be worn during sexual activity. Many fans of Softcup use this menstrual cup for that specific reason!

Where Can You Buy Softcups? We do not sell Softcup products, only review them. Softcups are sold at a selection of drug stores and local markets in your area. However, we recommend you take advantage of the convenience of purchasing them online.

You can browse the different variety packs and purchase Softcups safely and securely through the following websites: 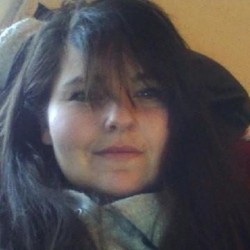 Heidi Speare
Heidi Speare has a myriad of experience in writing expos and articles on various niches. As an expert journalist and editor she started her career in High School as the newspaper and yearbook director and graduated from the University of Southern Florida in English. Throughout her career her work has been published in thousands of well-known media outlets. However, she finds the best source for her expanding her skills is that of experience, in depth research, and relating to what readers like. Heidi is savvy with bringing great products to light through her genuine unbiased reviews and makes it her mission to serve the audience first with the facts. Late Periods and Why They Happen How to Choose Period Underwear How Do Period Panties Work?