Periods in Cinema and TV

To this day, periods are still a very taboo subject, as they are hardly ever covered in the media. Somehow, the idea of women going through their monthly cycle seems to disappear in the world of cinema and TV. However, there are still stand-out scenes in movies and TV series where periods have their time to, ahem…shine. Here they are! 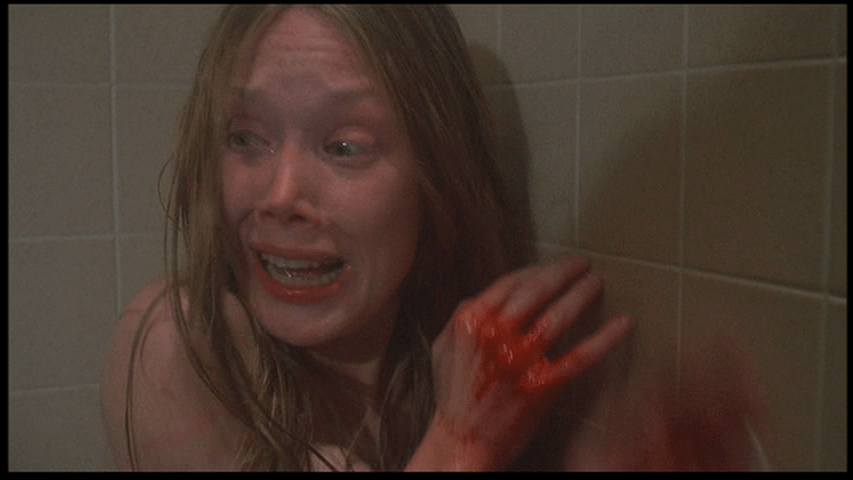 Who can forget this Stephen King horror movie adapted from his bestselling book of the same name? On this journey, we see a very young Sissy Spacek as a gifted teenager with telekinetic powers. One of the early scenes in this horror flick depicts every young girl’s worst nightmare.

While showering in the girl’s bathroom at high school, Carrie starts her period, having no idea what it is, thinking she is bleeding to death. You can see the pain, agony and confusion in her face. She is in torture, as the other girls laugh and torment her, screaming “plug it up!!”

Carrie has never been told about periods and this gory scene is forever embedded on the viewers eyes, especially at a time when such a taboo subject was hardly ever explored in cinema. 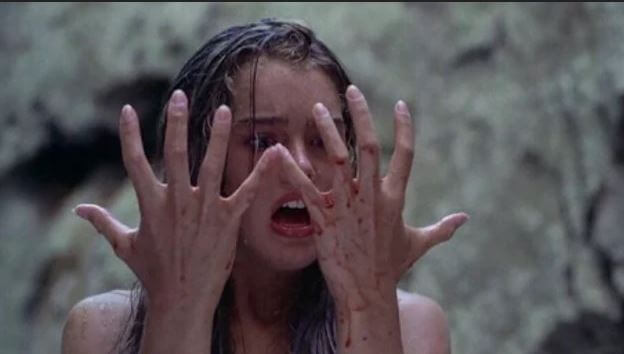 This stunning movie stars Brooke Shields as Emmeline, and Christopher Atkins as Richard, as young cousins who get shipwrecked on an island. They grow up together and fall in love. The audience follows a tender and exotic romance, explored on a lush island.

One day, Emmeline gets her period, and Richard worries. She then screams at him to go away, and due to this strange occurrence, he thinks she is keeping things from him. This is a classic movie, and its sequel Return to the Blue Lagoon was released in 1991 starring the stunning Milla Jovovich and Brian Krause. 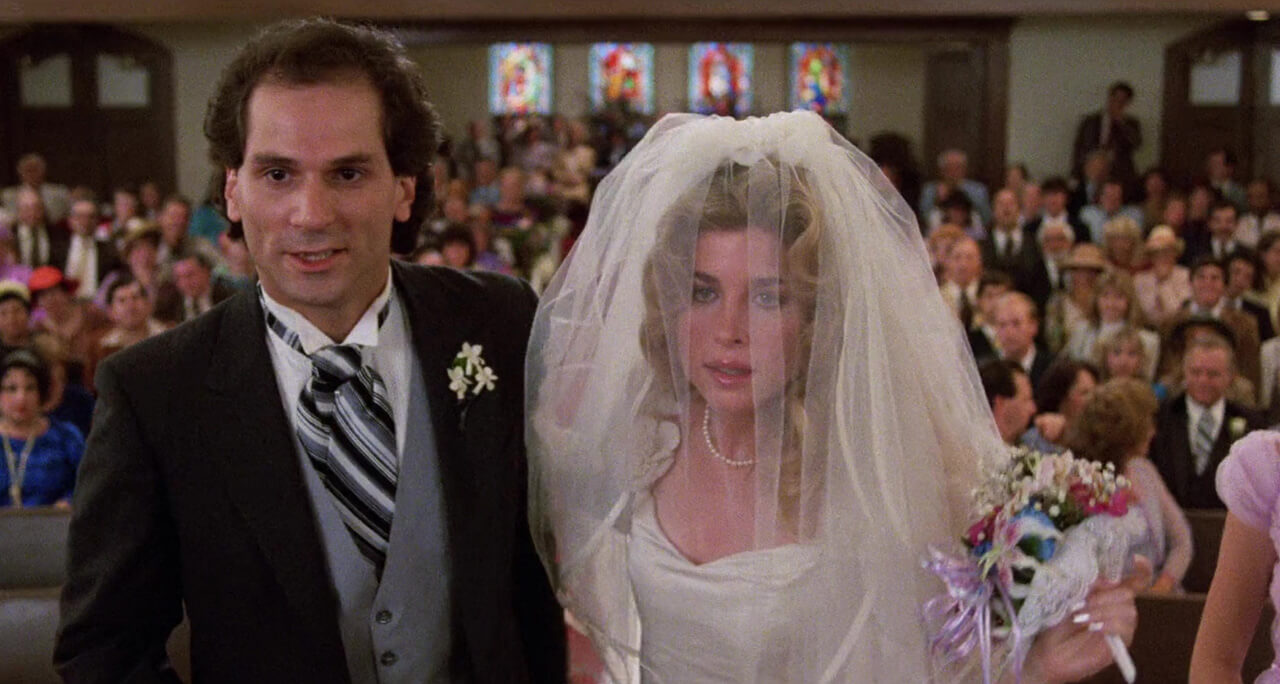 Sixteen Candles is one of those Molly Ringwald classics from the ‘80s that just never loses its appeal. It’s a coming-of-age story starring the gorgeous red-head as Samantha, and the interesting and hilarious events that occur once she turns 16.

In one of the scenes, her sister Ginny, played by Blanche Baker takes many muscle relaxants on the day of her wedding due to period cramps. The wedding crowd hears the mention of her period and as she walks down the aisle she walks shakily and lobsided as her father holds her up.

It’s an extremely funny scene of the cult classic, that is unforgettable! 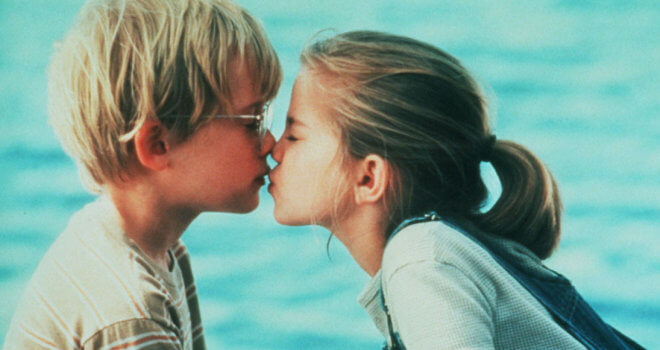 Who can forget My Girl starring Jamie Lee Curtis as Shelly, Dan Aykroyd as Harry, Macaulay Culkin as Thomas, and Anna Chlumsky as Vada? It’s a heart-warming tear-jerker that isn’t easily forgotten.

When Vada gets her first period, and mistakes it for a hemorrhage, her dad’s girlfriend Shelly calms her down and explains to her exactly what is happening. The scene is amplified as Vada is paranoid about illnesses. 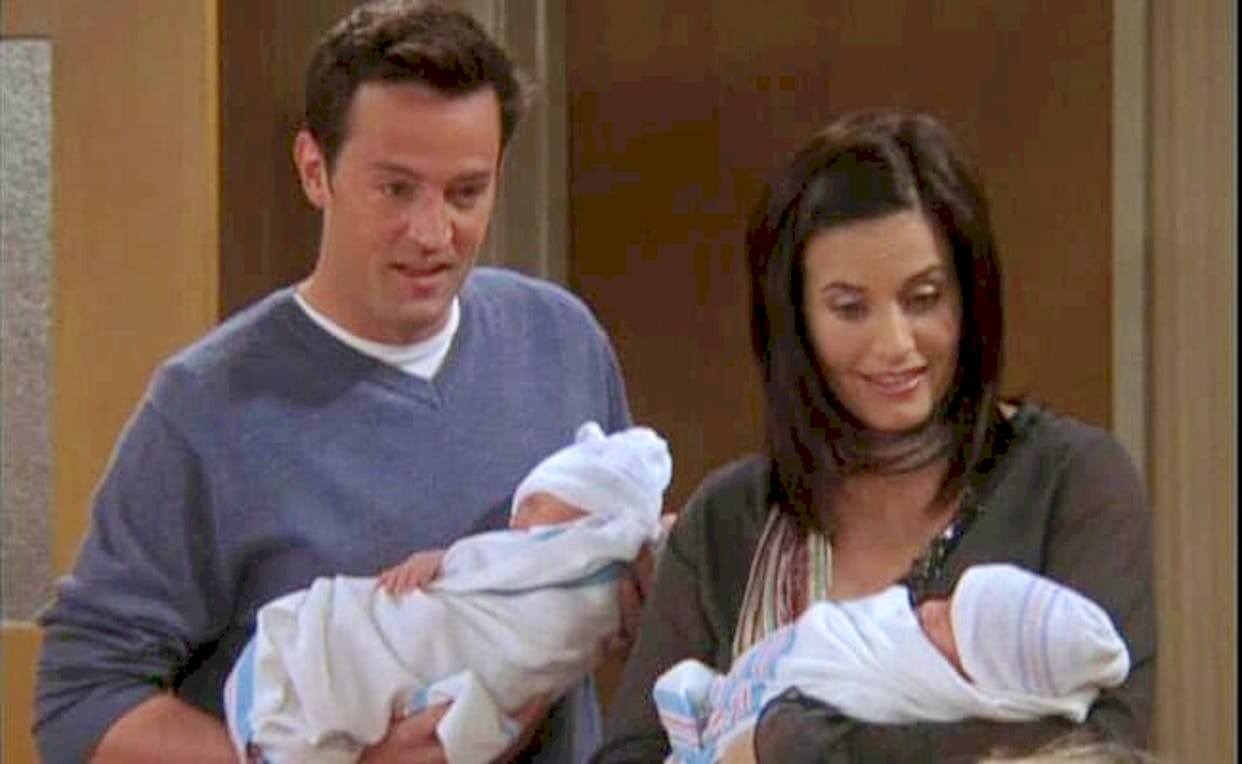 Friends was the ultimate companion to TV viewing. The famous sitcom brought smiles to millions across the globe, and still does with reruns running on streaming channels like Netflix.

With all that estrogen on the show, you would think that there would be lots of talk about periods over ten years and ten seasons, but alas, there’s only one mention, and it’s not even between two of the female friends.

The talk occurs between Monica and her husband Chandler when they discuss the best time of the month to have sex to conceive a baby. 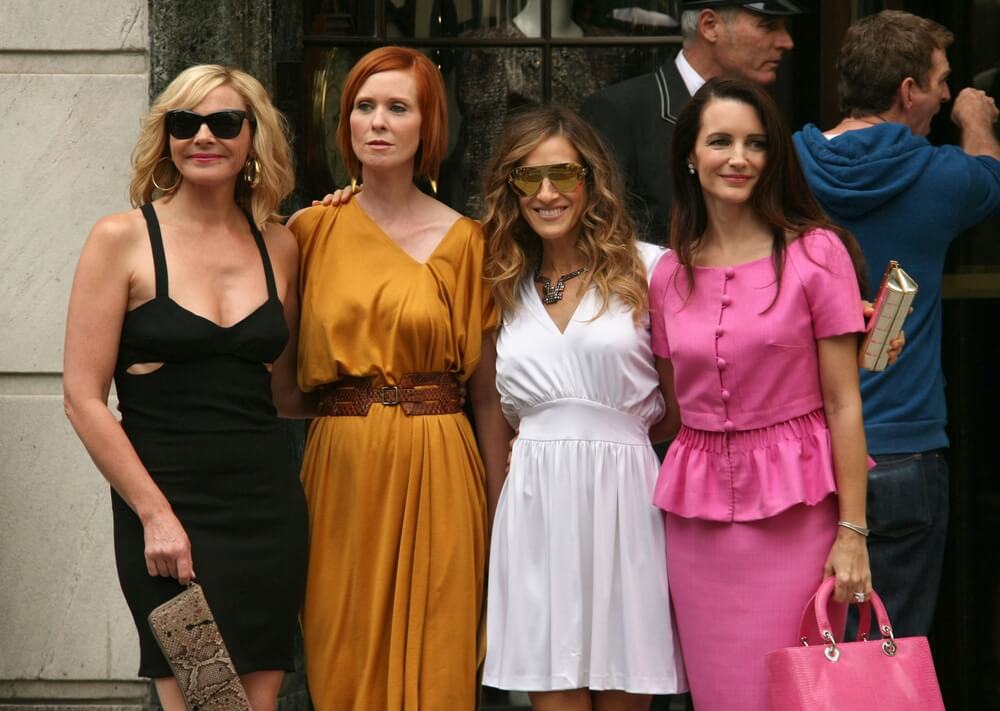 This groundbreaking series from HBO covered a range of taboo subjects, so it’s no surprise that the topic of menstruation popped up. The episode occurred when Carrie, played by the formidable Sarah Jessica Parker, and her friends, were trying to get into the new “It” restaurant, and had no luck.

Carrie goes to the bathroom, and the maître d’ of the restaurant, who recently rejected Carrie’s efforts of trying to get a table, asks for a tampon. Carrie passes on a tampon, and that was all she needed to gain access into the chic restaurant.

It was also the moment which showed the vulnerability of women, and that underneath all of our egos and faces that we show the world, we are all the same. It highlighted the fact that no matter what, every month, we all get our periods and use tampons, sanitary pads or menstrual cups. 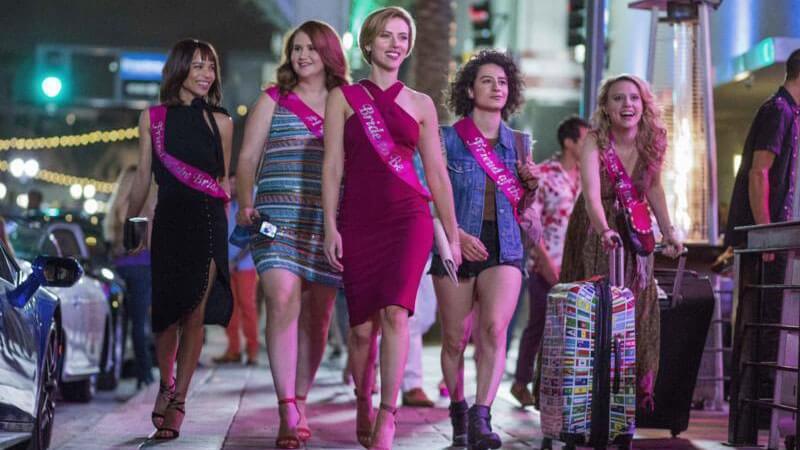 Although a period doesn’t actually occur during this movie, the mention of a tampon does. This hilarious comedy stars Scarlett Johansson, as Jess, enjoying her bachelorette weekend in Miami. It also stars a bunch of other comedic actresses, including the stupendously brilliant Kate McKinnon, as Kiwi.

In one scene, a few of the girls are targeted by some diamond robbers, as they sit in the lounge. Kiwi suddenly becomes aware of the danger they are in, when she sees these robbers’ faces on TV, which warns her about how dangerous they are.

She then, unexpectedly, screams out “Tampon! I need a tampon!” at which her friend Alice (played by Jillian Bell) replies that she thought she uses menstrual cups. This forces Blair, played by Zoë Kravitz to get away from the men and go upstairs to look for a “tampon.” The movie escalates from there. 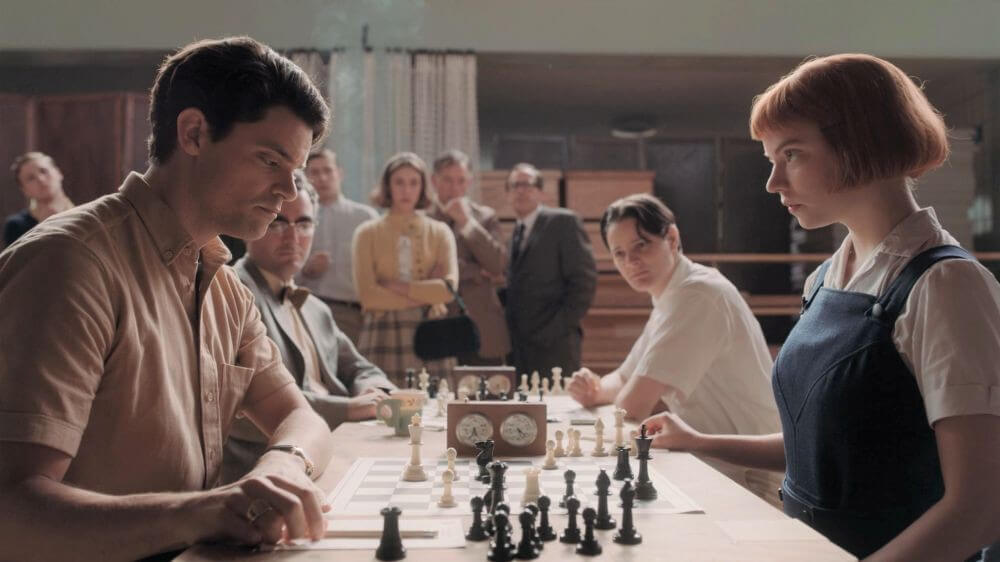 This was one of the most successful Netflix series of 2020. It stars Anya Taylor Joy (as Beth) who begins her life in unfortunate circumstances but stands out as a child prodigy in the game of chess. It is a brilliant and tender series, where we follow Beth’s life through her chess tournaments that takes her out of poverty while traveling around the world.

During a very important game, Beth rushes to the bathroom as her first period occurs. It is a scene that shows Beth’s ever-continuing growth, as her life as a chess champion evolves.

As you can see, for those movies and TV series that feature it, the subject of periods always seems to find its ways in the most interesting of ways! Hopefully, one day, periods won’t be as taboo a subject as they still evidently are, and a woman having a period in a movie, will be as natural as her taking a sip of water.

As the subject of “periods” have developed over the years, so have period products that ease the flow. If you want something sustainable that’s good for the environment, and your bank balance, look no further than quality menstrual cups, such as the Venus Cup.

Leah Goldberg
Leah Goldberg is an avid reader and writer, obsessed with finding alternatives to tampons and sanitary pads, that are more environmentally friendly and friendlier to the pocket! She is determined to help bring information to the female public about feminine hygiene products that simplify women's monthly cycles.