Home > Blog > Menstruation Through the Ages

Menstruation Through the Ages 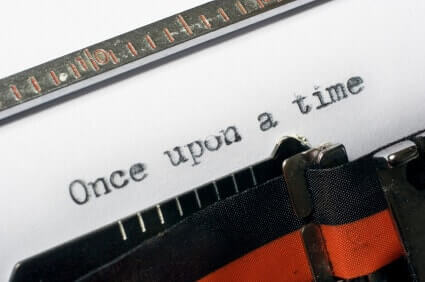 Tampons, disposable pads and menstrual cups are commonplace nowadays, but that wasn’t always the case. While most of our grandmothers and great-grandmothers had access to tampons and pads, what did women use in the days before they could simply go to the store to pick up feminine hygiene products? 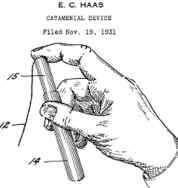 In 1929, Dr. Earl Hass of Colorado invented the modern tampon with a cardboard applicator. However, Hass didn’t have much success in selling tampons himself and so, to his later regret, he sold the patent to a woman named Gertrude Tenderich. She launched the Tampax brand from her home in 1936, using a sewing machine and a compression machine obtained from Hass. As a result, tampons with applicators became widely available to women and still are today. 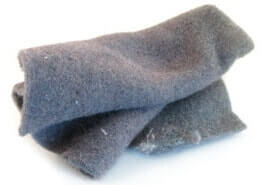 Hass was reportedly inspired to invent the tampon after learning that a female friend of his was using a sponge for the same purpose as a tampon. While tampons with applicators are a relatively recent invention, some form of the tampon has been used for quite a long time. There are records showing that in ancient Greece, women used lint wrapped around a small piece of wood as a tampon. Women also used the wood-lint combo as an attempt at birth control. Going back to ancient Egypt, there were tampons made from softened papyrus, and Byzantines used soft wool for tampons. That doesn’t sound too bad.

No pads? No problem. 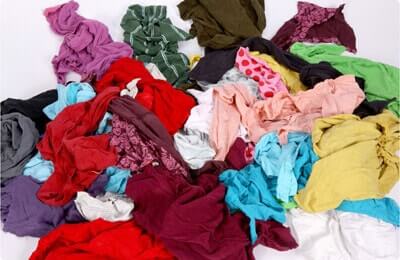 Women made their own pads from rags, but it wasn’t until the 1870s that menstrual pads became available for purchase and their use became widespread. Back then, they weren’t stick-on pads like we have today, and women had to use suspenders to hold the pads in place. Before the advent of pads worn with suspenders, it’s said that the majority of women just freestyled it during their period. It’s shocking by our current standards, but many women wore no menstrual devices at all and just let the blood flow onto the ground or into their clothes. The fact that women often wore five or six petticoats under their skirts probably helped pull this off.

There was a report that as late as the 1890s female mill workers in one French factory were still bleeding right onto the floor. The factory floor was covered with straw to help absorb the blood. These women seemed to have believed that menstrual blood was an aphrodisiac and letting it flow freely was a way to attract the menfolk. It certainly was a not-so-subtle way for women to signal that they were fertile. In fact, a belief in the attractant effect of menstrual blood persists today. Don’t try this at home, but African folk magic, called Hoodoo, advises putting menstrual blood into a guy’s coffee to make him fall for you.

Let’s get back into the hot tub time machine (why not soak in a hot tub while traveling back in time?) and see what was going on in prehistoric times. Not surprisingly, things were very different then. First of all, women lived much shorter lives than we do today. Additionally, women started menses later than we do, and they spent much of their short lives pregnant and nursing. It’s also likely they menstruated less than modern women because they were subject to high levels of stress and food scarcity. Historians say the prehistoric woman probably menstruated just 50 times in her life, compared to 450 times for you and me, so that’s a lot less time dedicated to menstruation management.

While sketchy on the details of what women did to manage the flow during prehistoric times, scholars speculate that they may have used natural materials such as grass, moss or animal skin to absorb the blood. Historians believe that women were valued more in prehistoric society due to the creative powers associated with the menstrual flow. The time of menstruation was also viewed as a cleansing; because of that, menstruation may have inspired the practice of bloodletting in later years. Think how much better a woman feels when her period starts and PMS is gone!

Of course, there’s a whole contingent of folks who view menstruation as unclean, like societies where women were sent off to menstrual huts to be apart from the rest of the population during their periods. In Europe of the 1800s, it was believed that menstruating women would spoil food and that they would be unable to churn butter or successfully pickle meat during their periods.

The Creation of Disposable Pads

American women wore pads made from the same material that they used for infant diapers. These pads had to be pinned to undergarments or held in place with homemade belts. It was only after World War I that French nurses observed how well cellulose bandages absorbed blood. Shortly after nurses made this correlation, Kotex began to produce disposable pads for the mass market.

The Stop and Start of Menstrual Cups 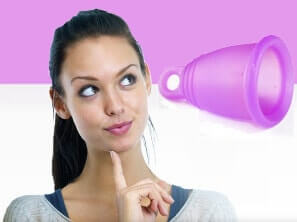 Far from being a new invention, the first menstrual cups were available for purchase back in 1937, but they didn’t quite catch on. With a latex rubber shortage during World War II, the company making the cups had to shut down production. Menstrual cups re-emerged again in the 1950s, with various starts and stops over the decades. They didn’t truly re-emerge and stay on the market until the Keeper of the 1980s. Since then, the cups have been made from a variety of materials that make them more comfortable to wear.

Overall, not much has changed since the 1980s when it comes to feminine hygiene. However, I think we can all agree that we’ve generally gotten much better with dealing with menstruation over time. Click here for product reviews and information on the leading menstrual cups today.

A Visit to the Museum of Menstruation: