Home > Blog > Menstruation Made the News a Lot this Past Year!

Menstruation Made the News a Lot this Past Year! 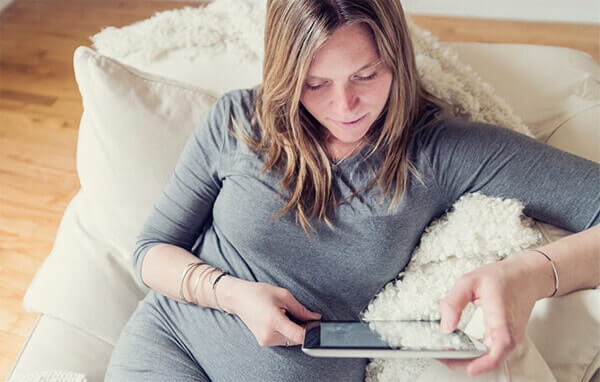 What a long, strange year it’s been — with no shortage of period news to keep us all entertained and informed. Sometimes you have to dig into the weird news section to find it, but our cycles are increasingly making the mainstream news. Donald Trump made headlines everywhere by implying that Fox News host Megyn Kelly was on the rag – triggering a provocative Twitter trend. And the LoonCup’s Kickstarter campaign was an astonishing success. Here is a sampling of some other period-related stories that’ve made the news in the past year — some silly and some serious.

Making mainstream news was this story about Kiran Gandi, a professional drummer, who chose to run a marathon during her period without wearing a tampon. She did it not only because she thought it would be uncomfortable to wear while running, but also in recognition of the fact that there are women around the world who don’t have access to tampons. Additionally, she disagrees with the stigma attached to menstruation shown by the fact that women try so hard to keep it hidden and pretend that it doesn’t exist. Says Kiran, “I ran to say it does exist, and we overcome it every day.” The photos of her triumphantly crossing the finish line and posing proudly after the race with blood on her pants attracted the attention of news outlets around the world.

While begrudging the expense of buying feminine hygiene products, many of us take their availability to us for granted. When I happened upon this news article about an organization called Happy Period that’s working to provide pads and tampons to homeless people, it was a wake-up call for me.

The founder of Happy Period noticed homeless women with bloodstains on their clothes from menstruation, which prompted her to call her local homeless shelters to ask some questions. She learned that the shelters didn’t have a budget to provide pads or tampons, and they were in fact among the least frequently donated items. As a response to that, Happy Period has been working to provide free pads and tampons to homeless women and girls. They’ve found a way to help women in need to have a bit more comfort and dignity during their time of the month.

It’s strange to me that such a normal, commonplace thing as menstruation is stigmatized. There was even a study that found that people formed a worse impression of a woman if she dropped a tampon out of her purse than if she dropped something like a hairbrush. This next news item is a result of a woman working against that stigma.

A young woman from London was in the news for designing jewelry that’s directly inspired by that time of the month. She cites PMS, menstrual flow, tampons and pads as her sources of inspiration. The most provocative item is possibly the ring that looks like a blinged-out, used panty liner. The 22-year-old jewelry designer says she channeled her own frustration with her period into the creative process, and she hopes her designs, which range in price from $40 to nearly $1,300, will help bring the menstrual cycle into open discussion. “Half of the population experiences it regularly through their lifetime. It should be something people feel comfortable talking about,” she says.

I’d venture to guess that even a woman who’s never seen a menstrual cup before would have a hard time figuring out what one was if no one told her. So it’s not really a surprise to find out that men don’t have a clue. But it sure is entertaining!

This YouTube channel, charmingly named LOLpervs, asks guys to guess what the rubbery cone-shaped thing is. The dudes look puzzled, indeed. But to their credit, they appear to take the task seriously and attempt to figure out what on earth this thingamajig could be.

Their guesses range from turkey baster to weird condom to a tiny hat. The woman who is acting as host finally gives a hint when she says mysteriously, “I’m wearing one right now.” And it’s not on her head.

If you thought that was even a little bit amusing, check out Men Explain Periods.

This Doll Puts Fun into Learning about Periods

Have you seen the Lammily doll before? It’s a doll that’s designed to present a more realistic representation of a young woman’s body than the Barbie dolls that we’ve all grown up with. The makers of the Lammily doll have taken yet another step toward realism with the inclusion of a “period party” kit for the doll.

Intended as a gentle way to introduce girls to the concept of menstruation and feminine hygiene products, the kit comes with 18 doll-sized colored pads and liners, as well as a pamphlet that explains what happens when a girl first gets her period. The kit even comes with a little calendar to keep track of the doll’s menstrual cycle. I think this play kit can help to take some of the trauma out of a girl’s first period because she’ll know what to expect. In fact, the creator for the doll says that was the reason for the “Period Party” kit; he’d heard horror stories about girls who thought they might be dying when they got their first periods.

If the amount of press Aunt Flo has gotten over the past year is any indication, menstruation is on the way to having less of a stigma attached to it day by day. Woman are daring to put it all out there to set an example to the world. I look forward to seeing what the next year brings.