Key & Peele on Periods and Men 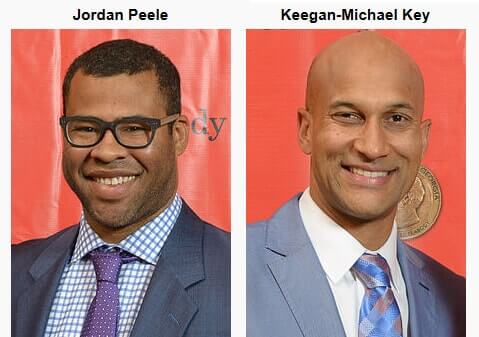 Dealing with periods as a woman is incredibly difficult. We go through so much every single month and the only thing that every period has in common is the blood. Of course, even the blood varies. The industry has had to change so much and make so many choices available because every period is different. Not everyone has a heavy flow, not everyone has cramps, but these are two things that can come with a period. Some women get headaches, indigestion, mood swings, or loss of appetite. It’s annoying, it feels gross, and it happens for a week every single month.

Unfortunately there’s a large stigma surrounding periods. Both men and women look at periods as a bad thing, which it can be but isn’t always. And universally people look at it as disgusting. Sometimes menstruation is even seen as evil, as some religions instruct people to not even touch a person who is on the rag. With so much negativity around the idea of a perfectly natural body function, it’s easy to see why females are rather upset about the whole thing. Not only do they have to deal with all of the side effects, but they also have to spend their days listening to people talk about how gross they think it is. 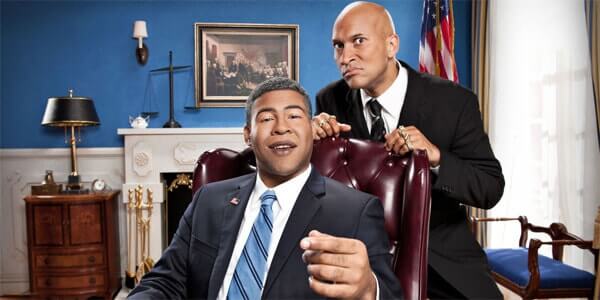 Luckily, women have a pair of unlikely heroes who did a skit where they informed the members of their audience – a group of men – that, in fact, it’s worse for the woman to have than for them to have to hear about it. These men? Their names are Keegan-Michael Key and Jordan Peele, otherwise known as Key and Peele. These two guys are recognized for being notable feminists as well as some of the most comedic people currently mainstream today. They started out on YouTube, do a comedy show on TV, and show the world what things are really like.

These two, Key and Peele, took it upon themselves to create an amazing skit on a great show.

Their show, named Key & Peele, is currently in its fifth season since the first episode aired on January 31st, 2012. Key & Peele is broadcast on Comedy Central and its first episode had almost 2.1 million people watching, which made it on to the list of the most watched launches on that network since about 2009. The show is a comedy and consists of multiple skits and some commentary to introduce the skits. The ideology revolves around the African-American culture and the sociology of race. Sometimes there are also bits about current events and definitely includes other extra things that are going on in social politics.

Key and Peele, even before their show, were incredibly popular. If you look up the accomplishments of Jordan Haworth Peele you will find things such as playing Sidecar Willy in the short film The Sidekick, being the voice of Horace in a couple episodes of Bob’s Burgers, and playing Nick in The Mindy Project.

As for Keegan-Michael Key, his videography includes bits like Calvin in How I Met Your Mother, Joe in Parks and Recreation, and even a gameshow host in It’s Always Sunny in Philadelphia. Even more interesting is his appearance at the White House Correspondents’ Dinner as Luther, Barack Obama’s “anger translator.” Of course, none of those even include his roles in movies like Pitch Perfect 2 and Tomorrowland.

Both Key and Peele were in MADtv together. You will also find they had an appearance in Weird Al Yankovic’s music video for White and Nerdy and also showed up in two of the Epic Rap Battles of History.

Their skit was a phenomenal use of their skills. First and foremost, this skit occurred in their second episode of the fifth (and current) season after the first episode had a very female positive pirate sea scanty.

The skit starts out with a reference to TED talks, which are informative talks from experts in their field. Key and Peele are dressed as presenters. So what do they say? They tell everyone that they will be watching a “menstruation orientation.” What follows is a skit where they discuss what menstruation is, what women have to deal with every single month, and what they, as men, can do to help us. The skit gives a demonstration on how tampons are used and features a guy who tries to get out of his seat. He is promptly told to “sit back down and listen for once in your life.”

Now this guy in the skit is shown more than once. He doesn’t just have the one bit about getting up, no. He sits back down and makes faces for a majority of the presentation. It looks an awful lot like a symbol for the stigma that women face all of the time. Unfortunately he doesn’t seem amused throughout the skit as Key and Peele tell him that periods are plague-level things to deal with and then shows how vaginas communicate with each other.

You can view this skit right here.

There are two main points addressed in this skit.

It’s really awesome that we as females have such a glamorous ally in Key and Peele and their show. Hopefully the skit that they performed will shed some light on the things that we have to endure frequently. The sad thing is that it happens for the rest of our lives, and what’s even sadder is that everyone thinks that’s a bad thing. Periods don’t have to ruin your life. They can be the best thing for some people, and for others it only takes a few changes to make them tolerable. They’re how your body expresses its ability to procreate and the stigma ought to be erased.

Alexandria Hathaway
Alexandria Hathaway is a full time writer and author. She has published works such as "Wings" and "An Addictive Personality." She spends her days writing pieces for clients as well as herself, but she also spends time hanging out with the cats and walking the dogs of the local humane society. Her largest interests besides writing are psychology, biology, neuroscience, and the wonders of productivity. Her goal is to get a degree in neuroscience and combat the mental illnesses that plague society.