Home > Blog > Does Your Period Throw You Off Your Game?

Does Your Period Throw You Off Your Game? 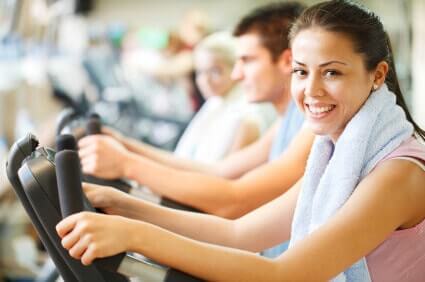 Research has proven that exercise helps to reduce the symptoms of PMS. But what do we know about the impact the menstrual cycle has on exercise and sports performance?

Britain’s top tennis player recently told the press that she didn’t do well at the 2015 Australian Open because of “girl things.” Heather Watson, 23, said she felt low energy and light headed during her match. She hoped to get help from a doctor to try to avoid similar problems going forward. Many were surprised to hear an athlete discuss her time of the month so openly, causing one publication to wonder if menstruation is the final taboo in sports.

What Happens During Menstruation 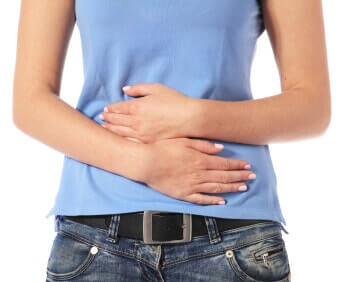 To understand how menstruation affects athletic performance, it helps to go over what happens during the menstrual cycle.  Each month, a woman’s body undergoes a whirlwind of hormonal changes. An ovary releases an egg during ovulation, and the lining of the uterus thickens in case that egg is fertilized and needs a place to settle down. If the egg doesn’t become fertilized, the uterus gives its lining the old heave-ho. This shedding of uterine lining appears as the flow of blood and tissue that’s the hallmark of menstruation.

When the lining of the uterus is shedding, many women experience cramping. They also report muscle aches, joint pain, bloating, headaches and fatigue. It’s not hard to see how these symptoms could have an impact on athletic performance. Other PMS symptoms such as irritability and changes in appetite can also have a negative impact.

Can’t women simply power through these symptoms? We already know that some women miss a day of work due to severe symptoms before or during their periods. It makes sense that they could also miss sporting events or practice.

There seems to be a lack of quality research into the effect of menstruation on athletic performance. Measuring symptoms such as fatigue and bloating can be difficult. Also, many other factors can influence performance, making it difficult to know for sure which factor is to blame for a better or worse athletic performance.

According to John Brewer, professor of Applied Sports Science at St. Mary’s University, evidence shows that women may be more vulnerable to injuries at specific points during their menstrual cycle. The tendons and ligaments become lax and elastic around the time of ovulation due to high levels of the female hormone estrogen. Sports with a lot of jumping and cutting, like basketball and soccer, pose the highest risk.

Researchers conducted a study on a small sample of female rowers and found no difference in heart rate, oxygen consumption and other indicators of endurance, regardless of what point the women were at in their menstrual cycles. While there may not be conclusive evidence that menstruation has a massive impact on performance, it can be enough to make a real difference at the elite levels. When you’re at the top, a fraction of a second can mean the difference between winning and losing.

Many female athletes manipulate the timing of their periods with oral contraceptives. Most birth control packs contain several days’ worth of placebo pills. It’s when taking those placebo pills that a woman will get her period. By skipping the placebos, a woman can also skip her period. It’s a practical option for women who don’t want to be menstruating during a particular event or competition.

In some sports, the uniforms can be problematic. Tennis whites are notoriously unforgiving against period leaks, which can be a significant source of stress for players. Britain’s former number one tennis player, Annabel Croft, says that as a young woman she would wear “this hideous pair [of panties], like a shower cap,” to protect against leaks when she was on the court. Croft now has a line of waterproof panties called Diary Doll. They’re branded as a more attractive and useful alternative to the dowdy “period panties” that most women keep stashed away for that time of the month.

From the strategic use of birth control pills to the donning of waterproof “period panties,” there are ways that women can minimize the impact their menstrual cycle has on their sports performance. And now that more female athletes are talking openly about the impact of their periods, perhaps more research will be done.